Help to Buy ‘bubble’ could push house prices up by 30pc 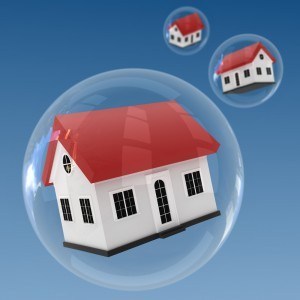 The Government’s “reckless” Help to Buy scheme risks creating a new housing bubble and could push the average UK house price to £300,000 by the end of 2015, a leading economic think-tank has warned.

Fathom Consulting, run by former Bank of England economists, said that the scheme, which will give buyers with just a 5pc deposit help onto the housing ladder, could see a return to the lax lending practices seen before the financial crisis.

“Help to Buy is a reckless scheme that uses public money to incentivise the banks to lend precisely to those individuals who, absent the scheme, would not and should not be offered credit,” said Andrew Brigden, a senior economist at Fathom.

“Had we been asked to design a policy that would guarantee maximum damage to the UK’s long-term growth prospects and its fragile credit rating, this would be it.”

The consultancy said that the scheme could push up house prices by almost 30pc from the current average of £233,000, according to the Office for National Statistics.

Fathom Consulting said the fact that many people could not buy property was “keeping a lid” on prices. But it added that if the cost of a home rose by as much as it has predicted, then falling values would be “inevitable”.

Under plans unveiled by Chancellor George Osborne in the Budget, the Government will provide a loan of up to 20pc of the value of a new build property, provided the borrower can raise a 5pc deposit.

However, the scheme drew almost immediate criticism, with many experts pointing out that new build properties tend to lose value quickly, while the Government’s own independent forecaster, the Office for Budget Responsibility (OBR), also warned that the scheme could drive up prices.

Help to Buy was also given a luke warm reception by the Treasury Select Committee, which branded it “very much a work in progress” in its report on the Budget. It added that the scheme “may have a number of unintended consequences”.