Buy to let: can you afford not to? 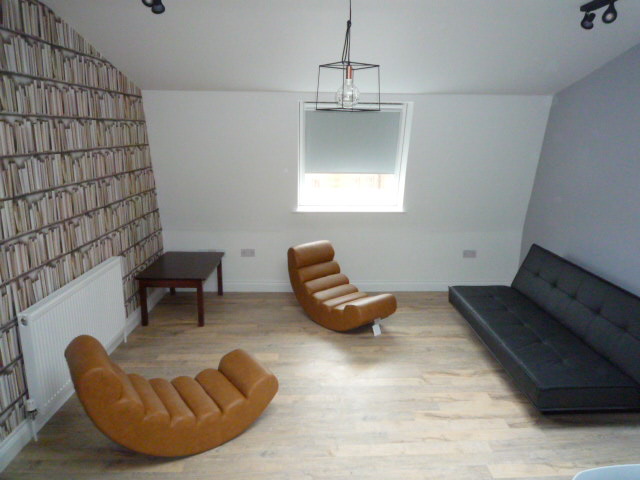 Some think buy to let is morally repugnant, but the numbers look increasingly compelling.

Buying property to let has never seemed so controversial. It is disapproved of and regarded as morally questionable, even repugnant.

You only have to look on some of the related links below, where readers comment widely on the subject, to see how angry it makes people. Buying-to-let is seen as greedy, exploitative, damaging to the hopes of younger generations – and so on.

This attitude is new, or at least far more extreme than the prevailing attitude toward buying-to-let before the financial crisis. In 2006 and 2007, amateur landlords spoke freely about their expanding portfolios of flats and houses. They attended seminars and read books on the subject and discussed it with friends over dinner.

There was no apparent stigma associated with buying multiple properties. Now, property investment is something to be quiet about, almost ashamed of. You just get on and do it.

Yet the financial case for buying-to-let – all moral or social issues aside – has rarely seemed so compelling. There are many reasons for this, but the big game changer of late has been the dramatic increase in the availability of cheap landlord mortgages, especially for those with big sums to put down.

The numbers are even more attractive in other regions.

Your mortgage costs at that five-year rate are affordable. If you go for interest-only (and landlords often do, because the interest payments can be offset against tax), the monthly payment is £580. If you choose a capital repayment mortgage the cost jumps to £940, but remains comfortably below the rent.

The impact of tax, maintenance, agents’ fees and void periods when the property is unlet must not be ignored. But at this low mortgage rate, your £120,000 could turn an annual income of more than £10,000 – giving quite a margin with which to absorb such costs. That many of your expenses are tax-deductible is a further help.

And that is before any prospect of capital appreciation is entertained. Last week the Royal Institution of Chartered Surveyors, the latest of several credible bodies to warn of the risk of a housing bubble, called on the Bank of England to introduce policy measures to cap house price inflation at 5pc per year. Prices are currently rising at or a little above that figure, depending on which measures you use.

When even estate agents and surveyors – whose livelihoods depend on an active housing market – start calling for the sector to be cooled down, you have to wonder where we might be headed. Many Sunday Telegraph readers who comment on telegraph.co.uk would answer, emphatically, that we are heading for some sort of correction, violent or otherwise. But given these very low long-term borrowing costs, it is hard to see that happening soon.

Assuming annual inflation of 5pc, your property would be worth £385,000 in five years. That is a return on your £120,000 outlay of more than 70pc, or about 14pc per year. Say the coolant was applied, and prices rose by only 2pc per year. Even then your return on capital would still work out at more than 5pc per year, thanks to the magical effect of low-cost borrowing.

So on two fronts the buy-to-let investment proposition seems to work. Even if unlet periods and other costs gobbled up every spare penny of rental income, there would be hoped-for capital gain. And if you made no capital gain, the income stream, provided you could maintain it consistently, would still beat returns on most other assets.

The above makes buying-to-let sound easy, almost a no-brainer. In practice, though, there are many pitfalls and much hard work, as seasoned landlord Graham White explains here.

One can take a detached view and focus only on the financial and practical aspects of buying-to-let, but it is difficult not to become drawn into the wider discussions of the housing market and the punitive effects on many of very low interest rates. What has been a positive force for small landlords has been damaging for cash savers and, arguably, those who have no choice but to rent.

The controversy will not go away, but nor will buying-to-let. Landlords may be pariahs in some circles, and they may not want to talk loudly about their properties, but they will continue to buy and let them. Data published on Thursday showed the number of mortgages taken out by landlords to buy new investment properties – not merely to remortgage – was growing at a rate of about 7pc per month. Summoned before a committee of MPs last week, Mark Carney, the Governor of the Bank of England, again downplayed fears of a housing bubble. He was aware of the risk, he said, but had found no hard evidence that a bubble was materialising. In his view, low rates of interest remain an effective means of encouraging spending, recovery and growth. That is likely to be viewed as a green light for landlords, even if they do their business more secretly today than before.