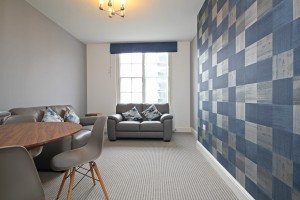 It’s not merely a false dawn rising over the rooftops. Following years of doom and gloom, UK house prices are finally on the up. According to the Office for National Statistics, values rose by 3.1 per cent in the 12 months to June 2013, compared to 2.9 per cent in the year to May 2013.

Confirmation comes from the Royal Institution of Chartered Surveyors (RICS), which says that prices are rising at their fastest rate since the pre-crash days of 2006. “The increase is spreading from London and the South East, but this is the first occasion for a long time that we have recorded increased activity everywhere in the country,” explains RICS director Peter Bolton-King.

This is set to continue, with an expected increase of seven per cent in 2014, according to Howard Archer, chief UK economist at IHS Global Insight.

There are three factors credited for this surge in buyer interest. One is the government’s Help To Buy scheme. The second is the Funding for Lending scheme, which allows banks to borrow money more cheaply. The third, meanwhile, is the Bank of England’s recent indication that interest rates will remain at record lows for some time.

Given this sunny forecast, canny buyers may need to move fast to snap up bargains. Here are six of the best investment hot spots:

A 4.3 per cent year-on-year price rise is reported for Wales, which previously saw some of the UK’s largest house price falls during the recession. “Activity in July was much better than in June,” says Nigel Jones of John Francis Estate Agents in Carmarthen. “Sales agreed were up by eight per cent, and sales exchanged by 11 per cent.”

This area has seen the greatest number of interested buyers since records began in April 1999. Both new stock and new buyers are in plentiful supply, particularly in Worcester. “In our country house department, we have seen several deals come to fruition in the past few days, from £300,000 to £750,000. And that’s in traditionally quiet August,” says George Pickard of Halls estate agents. “We are definitely seeing a more confident market.”

“There has been increased activity in recent months, and the feeling that a corner has been turned,” says Alex McNeil of Huddersfield estate agent Bramleys. He has 30 two- to three-bedroom properties on the market in the £120,000-£130,000 range. “We are experiencing a general feel-better factor.”

Luke Whitaker of Jowett Chartered Surveyors agrees. “The market is still buoyant, in terms of vendor inquiries and an increase in market appraisal requests. This suggests positive market changes.”

The area has seen the highest level of interest for 14 years, according to the RICS. Surveyors report that prices are generally rising rather than falling for the first time since January 2012. The location most in demand is Jesmond, where four- to six-bed homes fetch more than £500,000: three times what they would have cost in the Nineties.

This is an area in which property website Zoopla identified a sudden, downward dip. Here, the average over the past three years has been as low as £230,000 for a semi-detached house. Just 33 miles to the south, in Buckinghamshire’s Gerrards Cross (35 minutes by train into London), house values are 60 per cent higher, around £655,000. Now is the time to invest before the Bedfordshire market bounces back.

Far from scanning the horizon for non-existent buyers, Cambridge estate agents are pitting purchasers against each other.

“Every house we have sold so far this year has gone for the guide price or above,” says Ed Mayer of Savills. “Exactly 50 per cent of sales have sold in competition, too, either in sealed bids or during open rounds of negotiations. The largest offer was 21.53 per cent above guide price.”

No doubt about it, says surveyor Mark Wood of Bradshaws. “We have had an extremely high volume of sales throughout July, with a lack of available properties resulting in prices increasing.”

The only cloud on the horizon, it seems, is that this shortage of supply will lead to a sudden surge in prices, rather than a gradual ascent. For the moment, though, there is no rain falling on the UK property parade. Find the right place to invest, and the result could be, if not pounds, at least pennies from heaven.